My books and Nature's cycles 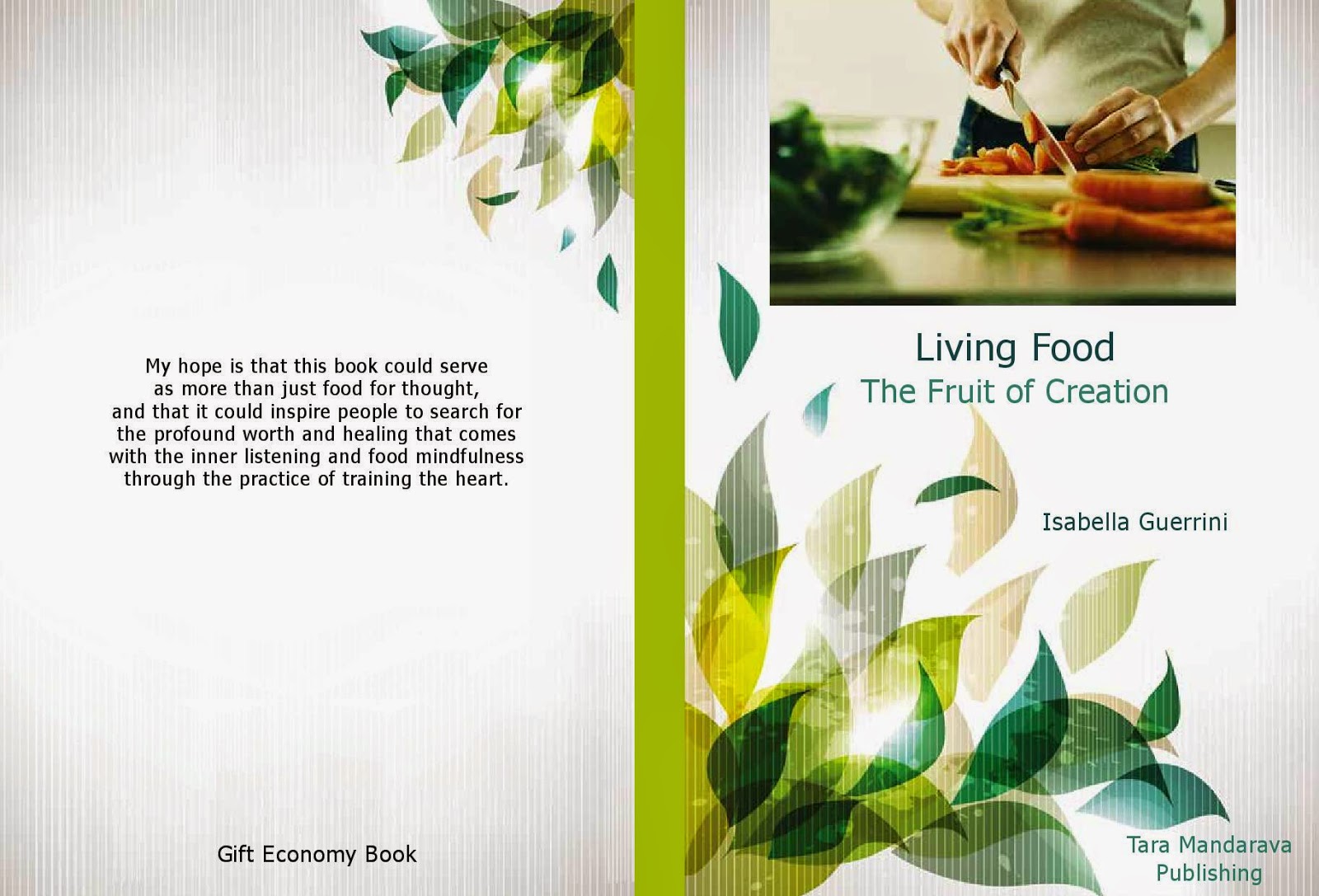 I hold such deep gratitude for everyone support.
Many, many, many thanks for my supporters, friends and Findhorn family who helped to make this book a reality.
Your loving emotional, financial support provided the resources, the quality time and the inspiration for the writing, editing and publishing of my book.
I felt so blessed and appreciative of the many individuals are showing up for me.
I'm still overwhelmed by the response and support.

It's a gift economy book about loving and living food.
True to the gift economy, the book is offered on a "Just listen to you heart, and see what it wants to give back." basis.... and then let me know.
If you feel like to support that ideas you are very welcome for supporting and fund raise my new healthy life!
This book is dedicated...
To who desires to work with the body
To who has faith in the body intelligence and wisdom
To who believe in natural healing in all forms
To who is open to learn how to communicate with inner guidances and to Nature and open to learn what is waiting for them
To who is willing to be compassionate with themselves and stop to blame the illnesses, the misfortune, anybody else and moreover themselves
To who recognises that taking care of themselves is not a burden but a wonderful opportunity to grow and take complete responsibility for life, their family, their community and the environment in which they live
To who perceives that all the situations of life are blessings and useful, no matters how much they are painful and threatening
To my all families, all my beloved friends, supporting myself all over the years, with my all difficulties and mistrust
To my beloved Findhorn Community and its Soul Kitchen
To my spiritual guides and my personal path
To myself
To Gaia, Mother Earth

In Italy you can find: 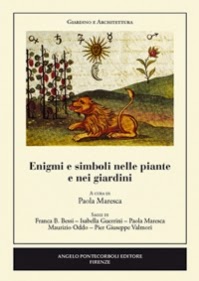 Plants and primary cycles and rhythms of time
Mondo Vegetale, ritmi, cicli cosmici
Plants are adapted to the primary cycles of time - the day, month and year. This article is focused on the second of these, the monthly cycles that are so important in the plant world. These monthly cycles are lunar, in contrast with the day and year, which are solar. It may be a mystery as to how plants respond to these monthly cycles, but that doesn't spot them from being of practical value in the garden and on the farm. 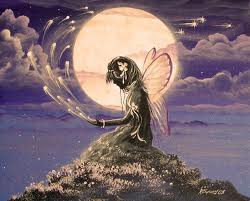 The sensitivity of plants to minute levels of energy was first systematically studied by the Indian scientist Sir Jagadis Chandra Bose (1858-1937) in the early years of the twentieth century. Using carefully designed apparatus, he produced a mass of evidence showing that plants have a far greater capacity to respond to subtle environmental stimuli that had previously been believed. 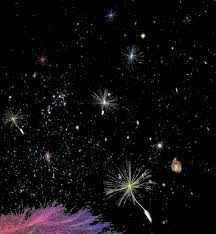 Plants, small animals and birds are attuned to the natural electric and magnetic fields of the Earth. By altering such fields in the laboratory, scientists have been able to alter the rate and other characteristics of a plants growth as well as the direction in which a bird will fly. The Earth's geomagnetic field has been shown vary with the lunar month and to bring about some large-scale effects.
Many people have done their gardening based on moon, planets and cosmic phases. Pliny the Elder did it, and so did Benjamin Franklin. I imagine your grandmother and great grandmother did as well! They all planted gardens by the phases of the Moon, using a method practiced in rural communities for thousands years. It was so well established in the first century AD that it became part of the natural history that Pliny wrote about in his series of the same name. A method proven successful over that length of time deserves more than a label of folklore. It warrants a trial in our gardens too.

Superior gardens are what gardeners want for their efforts, and planting by the phases of the Moon and Planets makes this possible. 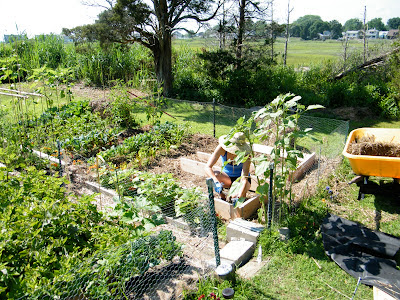 Seeds germinate faster. Plants are hardier and more disease-resistant. They blossom sooner and bear more fruit. Just as importantly, they better resist the stress of harsh weather, drought and insect infestation. Naturally, good gardening techniques must still be followed. Gardens need be watered, pruned, mulched, hoed, weeded and fertilized. Ugly potato beetles must be plucked off and young plants protected from spring storms. Paying attention to the Moon phases may be the easiest part of our gardening experience but the one with the biggest rewards.

What are the Moons Phases? 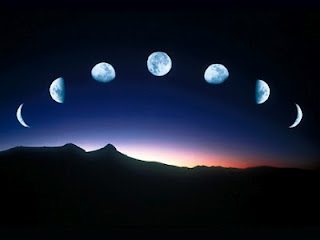 If we're to plant by the phases of the Moon, we first need to identify them correctly. The most obvious way (in the Northern Hemisphere) is to look at the night sky and remember the word D-O-C.
As the Moon cycles around the Earth and the Earth around the Sun, its position relative to the other bodies changes. The four resulting Moon phases are called quarters. The Moon is new when it comes directly between the Earth and the Sun and can't reflect much of the Sun's light. The first quarter Moon appears as a small crescent with the bulge facing to the right, as it does in the capital letter D.

At second quarter, the Moon appears half full and resembles the letter D. The light of the Moon increases each night until it reaches the Full Moon stage and hangs in the night sky like a great big O. When the Moon decreases from Full Moon back to New Moon phase, the bulge moves to the left side, like a C. When it reaches the fourth quarter stage, the Moon looks half full again. Other sources for Moon phase information are the weather page of your local newspaper and almanacs.

Cycles of the Sun, Moon and Earth 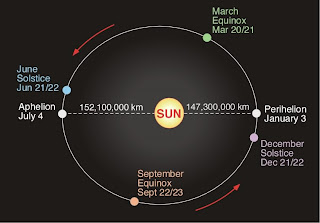 When our rural ancestors planted by the phases of the Moon, they were not acting out of ignorance or superstition. They were making a deliberate attempt to align their actions with the natural cycles of the Earth. We do this today with solar cycles. The Sun's movement in relationship to Earth establishes the primary natural cycle we're most familiar with. The first thing gardeners in the Northern Hemisphere learn is to plant tender crops after the last average frost date. This date depends on the annual cycle of the Sun north and south of the equator.

The Waxing and Waning Moon

Although the Sun's cycle is primary, considering the phases of the Moon can further refine planting dates. The goal is to plant in harmony with these phases so crops will thrive. Different types of crops are planted at varying times because of their affinity with a certain phase. Crops that set produce above the ground are connected to the Moon's increase in size from New Moon to Full Moon (the waxing period) because the Moon is growing up. Crops with the edible part growing below the ground are related to the phase between the Full Moon and New Moon, when the circle of light diminishes or grows down (the waning period).

The Quarters of the Moon 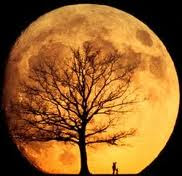 There is a further refinement of this method that considers the quarters of the Moon as well. Experienced Moon phase gardeners have found each quarter phase is connected with the following kinds of plants and activities.

First quarter Moon: Plants that produce their seeds on the outside, such as lettuce, broccoli, annual flowers and herbs have an affinity with this quarter of the Moon. Sow and transplant them during this phase.

Second quarter Moon: Plants that set seeds inside a pod or skin do best when planted in this quarter. These are primarily vegetables such as beans, tomatoes, squash and cucumbers. 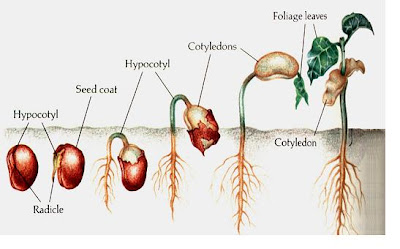 Fourth quarter Moon: This phase is reserved for garden clean up. There's a gardening rumor that if you pull weeds during the fourth quarter, they won't grow back!

As you plan your vegetable, school or private garden this year, record when you start your seeds and put in your plants. Try to follow some of the ideas behind lunar gardening and lets see next spring what the results are. 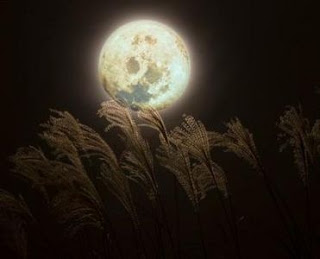 Just as we are influenced by the lunar rhythm, so too is the plant kingdom. The folk wisdom of gardening lore is sound practical guidance, and partly why the Farmer’s Almanac is still sold today. "Natural astrology," as a guide for farmers (and travelers) has known continuity through the ages, and its wisdom refined.
The basic rules involve following the moon phases and to act when the Moon is in fertile, semi-fertile or barren signs. Of course, planting has to be done in its season and when the weather is right. After that, looking to the Moon phase adds a boost to your efforts.
As a general rule, annuals that flower above ground do best when planted just after the new Moon, during the increasing light. The little annual seedlings grow quickly, with shallow roots. When the light is decreasing, it’s time to plant biennials, perennials and bulb or root plants. These varieties grow out with wide root systems, and the slowed activity of the waning Moon favors stability.

The rhythm of the garden matches that of the Moon phases in many ways. For example, the waning Moon is a time for mowing, weeding, pruning and harvesting. A refining step is looking to the Moon’s Zodiac sign, together with the phase. An annual planted under the waxing Scorpio Moon, gets a push. And if you’re pulling weeds, you’ll pick the last Quarter Moon, under a barren (slow-growth) sign.

Planting a Moon Garden: Don't we all look fabulous under Moonlight? Imagine having a lunar sanctuary with luminescent flowers. A Moon garden is designed in whites, yellows and silvery shades, and full of scented night bloomers like Moon flowers, four o’clocks and Angel’s Trumpets. 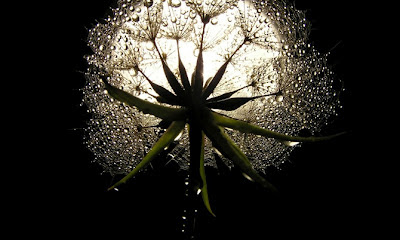 It’s meant to be a serene oasis, with flowers, trees, and herbs that compliment the Moon’s glow. It can be a mix of delicate blooms with silvery thyme and trees like the weeping willow or dogwood. The atmosphere is complete, with soothing chimes, floating candles in a pond, and a comfortable seat to take it all in.

Planting by the Phases:
Some Garden Tips:
For Everything, there is a Season:
Choosing the Right Moon Sign: 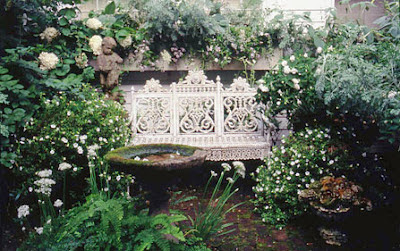 Many people love to garden, but a lot of people don't realize you can grow plants and flowers that bloom at night. Cultivating a moon garden is a great way to get in touch with nature, and it provides a beautiful and fragrant backdrop for your moonlight rituals in the summer. If you plant these lovelies close to your house, you can open the windows and take advantage of their aromas as you sleep.
Many night-blooming plants are white, and give a luminous appearance in the moonlight. If you plant them in a circle or a crescent shape, when they bloom, you'll have the moon herself right there "as above, so below." There are a number of plants that open at night -- mix them in with silver-foliaged day bloomers.

Herbs and Flowers with Lunar Connections

What to do With Your Moon Garden Plants

When you have plants that have blossomed under the powerful energy of a full moon, the possibilities are just about endless. Harvest the flowers and dry them to use in talismans or charms. Use them to dress a Moon Candle or as part of a purification bath. Include them in incense blends to help enhance your intuition and wisdom.
*Note: Be sure to provide a trellis or other support for climbers like the Moonflower. If they don't have a stable surface to hang onto, they're less likely to fully bloom. 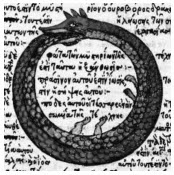 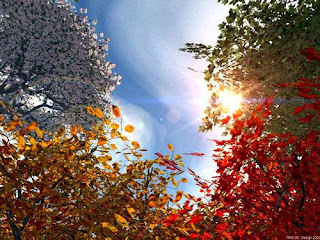 Landscape Designer in Findhorn (UK)
Working in the design of gardens, healing and education to the living food and nature
isabellaguerrini@gmail.com